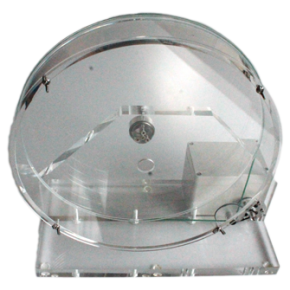 The effort wheel rotating at a constant, steady speed forces the animal to run, which imposes the race and made him make an effort. 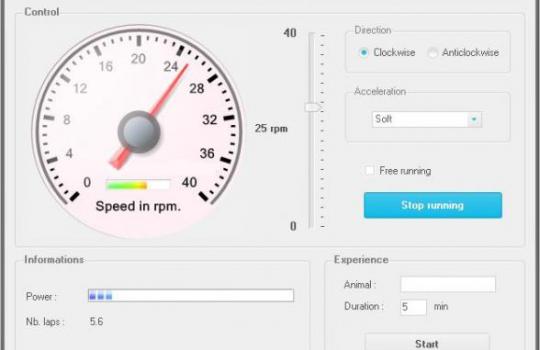 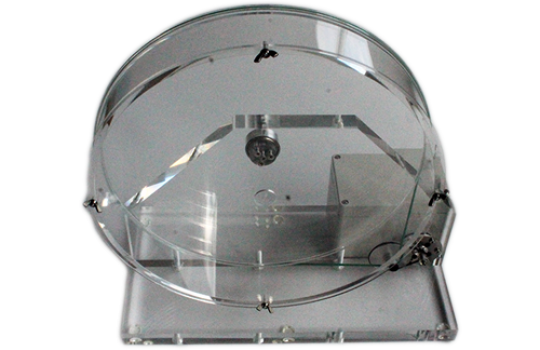 Modelling intense sports practice in rodents for the study of effort, research on muscle fatigue, stress study, modeling of walking and sports activities, efforts consequences. The speed and time are adjustable according to the research protocol.

The wheel can also be left free to measure its spontaneous activity, in real time (number of laps and speed) and raise his ability to race and motivation to exercise.

The software records the rotations and provides an assessment of the activity of the animal in real time or delayed, depending on the desired sample no.

Data collected in an excel file are:

The mouse wheel force is composed of a base, a wheel and a control unit for regulating the wheel as well as the communication with a PC.