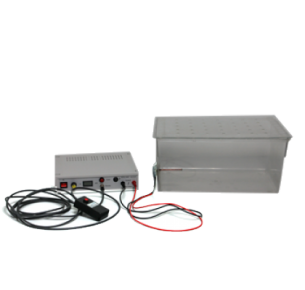 The intrusion of a new aversive object into a familiar environment generates, for rats, anxiety
that triggers the burying reflex. We offer this defensive burying test system designed to test the anxiolytic properties of chemicals by assessing the level of anxiety and depression in rodents.

This test provides a measure of anxiety in a a different form from that of conventional tests
based on the exploration of a new device. Here, the animal faces, in a familiar setting, an
aversive stimulus int he form of an electrode that delivers an electric current of very low intensity
at first contact. The animal responds with a natural defensive behavior: the burying response.
This involves throwing sawdust on the electrode with its forelegs. This reflex gives way to
conventional anxiolytics.
By instinct, rats bury threatening stimuli they may encounter. In this test, the animal is placed in
cages equipped with a probe. When exploring its territory and touching the probe, it receives a
mild electric shock delivered manually by the operator. If it has access to litter, the animal will
use it to bury the electrode. The longer it takes to do so and/or the higher the litter at the place
of the probe, the more anxious the animal.